Two days ago I discovered, much to my horror, that a few years ago (I’m not sure how many but sometime after the mid-1980s) it was decided, by someone, that the number 1 is not a prime number. I was very shocked at this discovery as I had been taught that it was the first prime number, being divisible by 1 and itself. 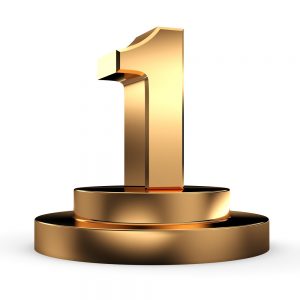 The god of all numbers

So, I have found out that the ‘one-is-not-a-prime-number’-ers argue that to be a prime number, a number needs to have two separate divisors.  Therefore, the number 2, interesting in itself for being the only even prime number, is the first prime number and number 1 is just, a, erm, lonely old soul that sits sadly without significance.

My counter-argument is (I do love to stick my fingers up to science sometimes despite being an artist) to ask: what if there are two number 1s hanging around? If that is the case, then one of those number 1s is divisible by itself and the other number 1. Who is to say that number 1 is unique? Ha, got you there, you sciencey types. I’m sure they will disagree but there is always that teeny tiny possibility that I might be right.

I’ve been doing a bit of digging on the Internet about this, and I have learnt that apparently, the ancient Greeks, didn’t even consider number 1 as a number, so it was therefore not considered as a prime number. I am starting to feel sorry for number 1. Not only is it quite lonely on its own, but it is being excluded from one of the most beautiful mathematical theories just because it is itself. How would you feel if you were excluded just for being you?

And, I have more to say on the matter, what about minus numbers? Is -2 a prime, is -1 a prime? I’m not enough of a mathematician to work this out and argue the case but I suspect they should be. I love that mathematics, which might by some be considered by many to be a system of logic and common sense, isn’t actually as clear cut as it might first appear.

Whatever the answer to the prime thing is, number 1 is very important and should not be forgotten. After all, none of the other numbers would exist without the number 1 to start them off. Does that make number 1 a god? The god of all numbers?

Why I want to write a book called ‘#funwithhashtags’