This is the weird thought that my boys and I had on the drive on the way home from school just now. I can’t recall how we got onto the subject of kissing, and then snogging, but we did. As we drove away from the lovely town of Newport (where not a huge amount of kissing takes place, except sometimes under the Waitrose tunnel between sixth formers at the local grammar schools) I put a question to my three boys: why do we kiss?

Their initial reaction was ‘eugghhhhhh’. But my question was serious. Why do humans like to snog, French kiss, play tonsil tennis, smooch, pet heavily and canoodle when cats, ferrets, horses and slugs don’t pucker up? Why? Why? What’s the point of it?

The boys soon got over their disgust at the thought of kissing and gave the question some serious intellectual thought.

Toby, the youngest, broke the silence eventually with: ‘Ohh, wait a minute, remember the Sea Life Centre!’ We asked him to elaborate, trying not to giggle at what might be coming next, imagining smooching squids. Toby explained that on a recent visit to the Sea Life Centre he had witnessed a Dog Fish tied in a knot (I’m not sure why that is relevant) whilst kissing another Dog Fish which wasn’t tied in a knot. I have no idea what this meant, whether Dog Fish snog, or what the Dog Fish were actually engaged in doing (perhaps a base beyond kissing). But the rest of the car’s occupants, myself included, simply had to give in to mirth. 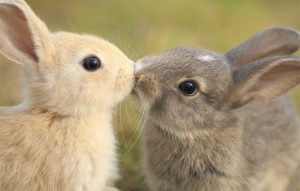 So, on returning home I decided that Google probably had the answer. And in my extensive research I have learnt a few interesting facts about kissing:

So it seems that there isn’t one single explanation for kissing, or for why animals, by and large, don’t do it. Shame. I like the ideas of snogging spiders, canoodling caterpillars and necking gnats.