Last night, I started a discussion on Facebook questioning whether the number 1 was a prime number or not and this inspired  the previous blog post which I wrote earlier today. As I was falling asleep last night, I considered numbers further (I have a busy brain). I started to feel sorry for 1 for not being allowed to be a prime number anymore. The number 1 is a pre-teen boy and he wants to be liked. He doesn’t like being alone all the time. He is white (as in colour, not ethnic origin). I then moved on to think about the number 2. She is a slim and elegant young lady, she is bright yellow and always cheerful. I would love to be more like her. She is smooth, symmetrical and even. She is always right. 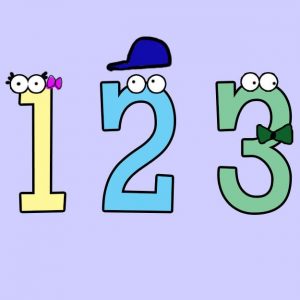 Then I thought to myself: am I bonkers? Do numbers really have personalities? It seems that to me they do. I asked myself: is this normal? I had no idea. So I decided to go through the other numbers and their personalities came readily and vividly to me. Here are the rest:

I could go on, but I won’t, not yet. Should I start on the alphabet next?

I’ve just googled this ‘thing’ I have. It seems this is a real ‘thing’. It is called OLP or ordinal-linguistic personification. I have a new ‘thing’ and I’m not crazy (or, perhaps I am a little) after all. Whoopee. I’m quite excited. I want to learn more.

I have fallen in love with spandrels