How many points for Chris Rea?

The boys and I, as we were driving to education one day last week, decided to listen to Christmas music to get ourselves in the mood for the impending festive season. The first song we listened to was ‘The Power of Love’ by Frankie Goes to Hollywood. I’m sure it is common knowledge that this song features on most Christmas compendium albums, Now Christmas Hits and the like. 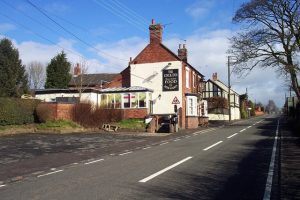 After a pause, as we turned into Woodseaves, my youngest son piped up with: ‘How come this is a Christmas song?’

The eldest son asked: ‘What do you mean?’

The youngest son replied: ‘There is no mention of Christmas in the song, it isn’t Christmassy’.

Middle son made no comment. I suspect he had his earphones in.

We all thought about youngest son’s question for a while and then decided that he was making a good point. Yes, it was in the charts at Christmas, but it wasn’t very much of a Christmassy song really. Holly Johnson is a bit sad in the song, he’s in love, very much so, but he’s not in the snow, cooking turkey or unwrapping presents. He isn’t lonely this Christmas without her, he isn’t driving home for Christmas and he isn’t wishing it could be Christmas everyday. So, on what planet could it be called a Christmas song, except that it was in the charts in December?

So, from this conversation we came up with a grading system for deciding how Christmassy a Christmas song is. Our fantastic new system awards points for the mention of certain key terms and for emotions generated. We like our system. It is very effective. This system is set out as follows:

A sensation of excitement for the impending festive season = 2

A feeling of gushy sentimentality = 2

Both together = 4 (and this is quite an achievement, we decided) 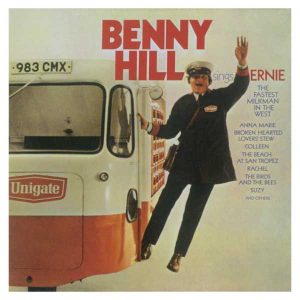 Of course our system might need some more thought before we release it to the general public but it provides a good guide to how Christmassy a song might be. I’m not sure how highly the song that was number 1 during the Christmas of 1971, the day of my birth, would score, which was ‘Ernie the Fastest Milkman in the West’. It might even get a big fat zero. Perhaps just 2 for excitement.

How can we make tights sexy?