…married a dentist called Dennis. They had a daughter. When she grew up she fell in love with the local GP, Dr Payne.

Robert Lawless (he’s a real person, by the way) is the co-author of Necessity and Proportionality in International Peace and Security Law. He’s  an Assistant Professor in the Department of Law at the United States Military Academy.

Stanley Finger is the co-author of The Shocking History of Electric Fishes.

My eldest two sons’ geography teacher is called Mr North. He’s a lovely guy. He knows which way he is facing.

An educational consultant friend of mine once met a P.E. teacher called Mr Fit. Was he fit? I need to know.

Another friend tells me that she once lived next door to Mr Crook the copper. 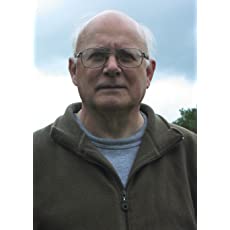 This man, Storm Dunlop, knows a lot about the weather

Coincidence? Or not? I used to think it was just a happy coincidence when I came across an apt named person such as Mr North at parents’ evening but I’ve just been pointed towards, by the friend who once met Mr Fit the P.E. teacher, the idea of nominative determinism. And being the curious mind that I am (or used to be – its been a while since I had a weird thought), I became very interested. My brain cried out: there is a word for it! Or, more accurately, there is a phrase for it! Who knew!

Nominative determinism is the hypothesis that we are naturally attracted to employment or situations that befit our names. The term was first coined in a long-running column in the New Scientist and not in an altogether non-light-hearted way (how many double negatives?). The idea of being attracted to a job that suits your name is part of what researchers call implicit egotism. This is the idea that we’re attracted to things that remind us of ourselves, whether it’s marrying a person with the same birthday, or moving to a place with a name phonetically similar to your own (the large number of Carolines who live in South Carolina).

As for Mary Berry? What is she well known for? And the weather girl called Amy Freeze? 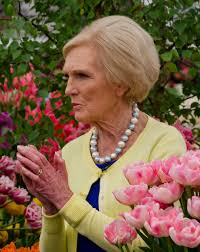 She likes her cakes sweet

Psychologists have studied this concept even more since and it is indeed a fascinating topic. Perhaps the best known psychologist (or one of the best known), Sigmund Freud is rather well known for his speciality: the psychology of ‘pleasure’. My question now is, what does ‘Freud’ mean? The answer according to the Internet: Joy.