For the last year now, I have been living in a house in the country. I haven’t been living here alone. I’m not referring to my fellow humans. I’m not even referring to the four-legged furry creature who seems to want to hang around with us, especially when she’s hungry. I’m not even talking about the rabbits, mice, shrews and squirrels we see in the garden. Nor am I referring to the odd duck or pheasant. I’m talking about creatures with more than four legs, mainly, those with eight legs. The spiders. 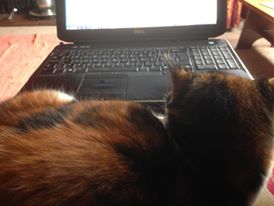 I have never before lived somewhere so beset by spiders. They are everywhere. There isn’t just the odd one in each room. There are tens of them in each room. There are big ones, and little ones, but mostly big ones. And they weave their homes all over the ceiling, the beams, between pieces of furniture, and sometimes against things that get moved quite often such as the box of cat food or a can of deodorant in the bathroom. They work quickly. If you stand still for long enough, they will weave their home using you as a post. These spiders are mostly big. There aren’t many tiny scurrying ones. They are mostly the sort that have legs that go up before they go down. 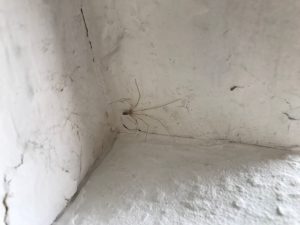 One of our many house guests

My weird thought is: do these creatures naturally like old houses? Or is it because the house is in the countryside? Is it the presence of beams that attracts them – natural building blocks for their webs? Or do they, on some level, just enjoy making an old house appear spooky? It is an old house, a 17th-century farmhouse I believe, so it needs to look spooky. It comes with the image.

I’ve lived in old houses before though, in towns and in the country. I’ve also lived in modern houses. But this is definitely the most spidery house I’ve ever lived in. 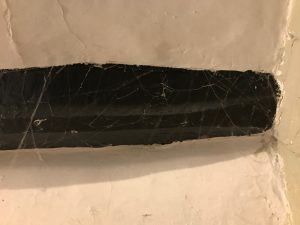 The beautiful knitting of spiders

I don’t mind the spiders. Is it strange that they don’t scare me, not even remotely? If I had a phobia, I could not live here. My equivalent would be living in a house with balloons on the walls in every room. I couldn’t live in that house. So I understand why someone with a phobia of spiders would struggle to live here. 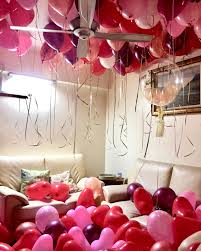 I could not live in this house

Every so often, I go around with my trusty hand-held dyson or a feather duster to ‘de-cobweb’ the house. However, I really don’t enjoy this. I read Chalotte’s Webb as a child and I still feel as if I am destroying homes and hours of work, as well as destroying objects of beauty. Not only that, the spiders help keep the fly population at bay here and we are as beset with flies as we are with spiders having lots of cattle and water buffalo nearby. So by my destroying the cobwebs just in order to make the house look ‘tidy’ and ‘clean’ I am destroying the delicate balance of its natural eco-system and causing myself to be more annoyed by flies? I only do it for appearances sake and to stop the children moaning about the creepy crawlies. I don’t mind the floaty, spooky netting that hangs above me as I sleep. I like it. But, I do it anyway. I don’t move the spiders themselves. I guess they just keep building new homes after I’ve left with my dyson. 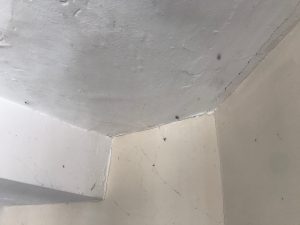 Examples of dinner, saved for later

Perhaps our next house should be a new build and I wouldn’t then have the guilt. I’m not sure I can do that though. I am too much in love with old houses, spooky or not. I think I want to live with my eight-legged friends. They keep me company.

This morning I woke up early, annoyingly at 5am. I hadn’t fallen asleep until midnight so I wasn’t hugely happy to be awake and bright so early. At 5.20am I decided to give up on sleep, my brain was too busy. So, for the two hours since, I have been sitting on my own working solidly on my MA thesis. It is now 7.43am as I write this.  I have probably done my most productive work of the day. That’s not to say, I won’t do any more work. I will. I have lots of ‘paid’ work to do too today. But I won’t have that level of awakeness, concentration and neuron firing again today and that length of time without distraction and disturbance (even Facebook and Twitter are quiet).

Why am I a morning person and not a night person? This is my weird thought. Why can’t I write creative and interesting stuff at 10pm? Why is 6am better for me? And is my productivity really better at 6am?

In my mind, it feels rather dull to be a morning person. Night people have more fun: they go clubbing until 3am. They do things they regret. They drink shots. They are witty and shiny at midnight. I am not. I’m grumpy and drowsy at midnight, usually wrapped in a blanket, sipping milk and eating Terry’s Chocolate Orange.

Even if I am less exciting than those night owls, perhaps I am better off. As Benjamin Franklin famously declared: “early to bed and early to rise makes a man healthy, wealthy, and wise.” Is this really true? 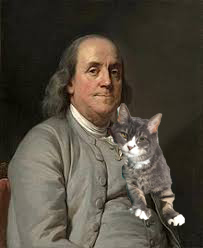 Benjamin working at 6am with his cat for company.

I’m generally pretty healthy so perhaps that part is true. I’m still waiting on the wealth and wisdom, as I sit here at 7.53am writing this. I’ll let you know when I get my final mark for my MA if the wisdom part is forthcoming. As for wealth? I don’t think that will come in a hurry and it certainly won’t come just because I like mornings and it isn’t likely to come this morning.

According to the Internet, serious scientists have actually studied ‘larks’ vs ‘owls’ to see who ends up heather, wealthier, and wiser. The conclusion seems to be either owls have bigger cars and more posh clothes (boo!) or it makes no difference.

However, my conclusion is that it actually isn’t worth spending time thinking about or worrying about it. After all, worrying isn’t productive and that isn’t going to bring wisdom or wealth. I should just go with the flow. If I am more creative at 7am, then it be so. If I do ever feel like having a flourish at 10pm, then why not? The important thing is that things get done, it doesn’t really matter when they get done. And if wealth and happiness come my way, yay, even better. And anyway, I like to do outrageous things and drink shots at midnight when the mood takes me. I will still be up at 6am the next day though.